I first saw Philly’s Good Old War opening for one of my most favorites, the incredible Brandi Carlile, back in 2010. I have a firm policy that I always get to a show in time for the opening act, and it often pays off. Heck, Brandi was an opening act when I went to see Ray LaMontagne in Boston back in 2005! Good Old War was charming and their songs were catchy and upbeat. I saw them again in 2011 at Port City Music Hall, and it was an incredible show. They sang a handful of songs on stage and then unplugged and came to the center of the floor and serenaded us for the rest of the night with a dozen or so more songs. It was pretty magical—the exact kind of show I’d wished more people had been there to enjoy. WCLZ has been playing Good Old War’s “Tell Me What You Want From Me” off their new album Broken into Better Shape, so more people were at this show.

I ended up not convincing anyone to join me for this one, sadly, and I was plagued with audience etiquette issues throughout the night. You know all of these people if you go to shows regularly—I had the tall guy who said “excuse me” like he wanted to walk in front of me, so I gave him a couple of inches and then he planted himself right in front of me. There was the super fan who stood right behind me belting every word, and, of course, she was tone deaf. There was also the over-dancer who bumped into me at regular intervals. And finally, the girl who wouldn’t put her phone down and gave me the pleasure of watching their unplugged encore on the floor through her cell phone screen since I couldn’t see around it. Aforementioned people—why are you like this at shows? It’s so rude. It really did put a damper on my experience that night.

I was happy to hear some of my favorite Good Old War songs in person—“I Should Go,” “My Own Sinking Ship,” and “That’s Some Dream.” This indie folk trio is always personable and upbeat on stage. You can tell they’re great friends and don’t take themselves too seriously. Their eccentric dance moves aren’t too shabby, either. I hope more of you will be at the next Good Old War show in Portland—on your best behavior, that is. Pictures below. 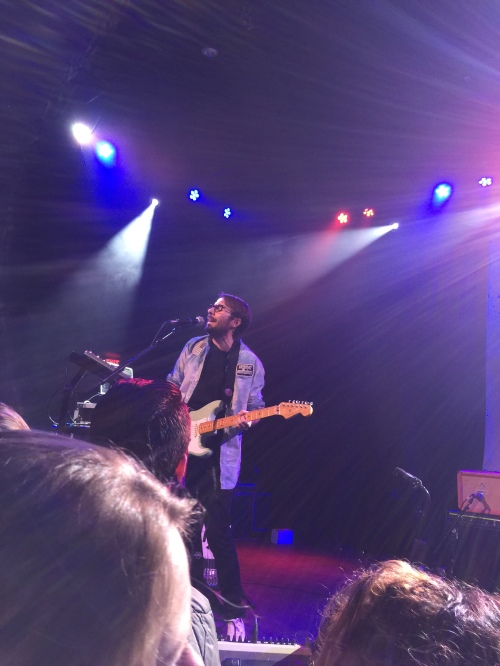 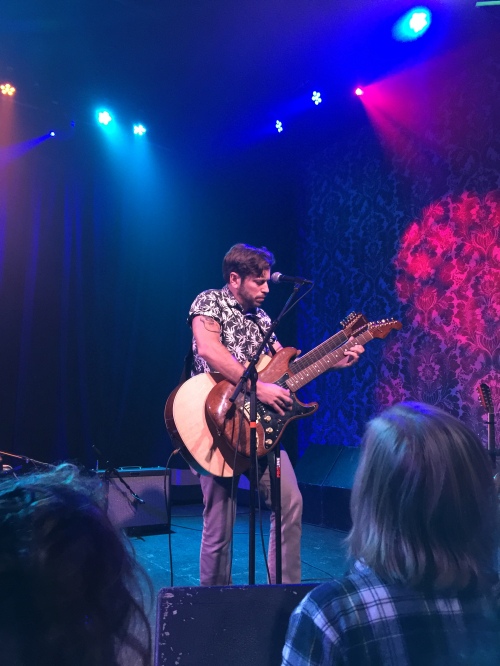 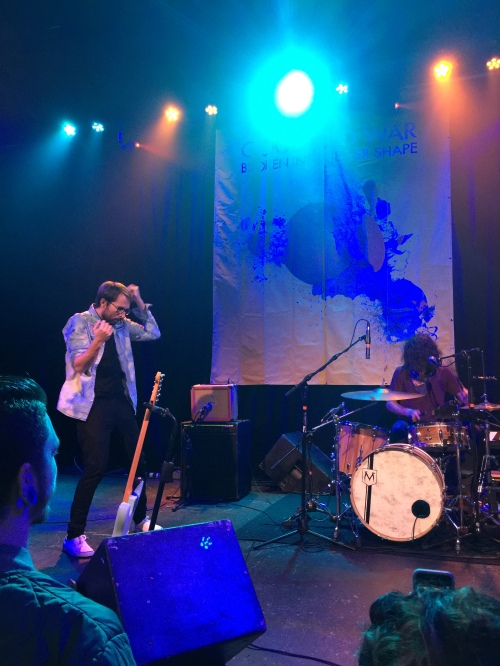 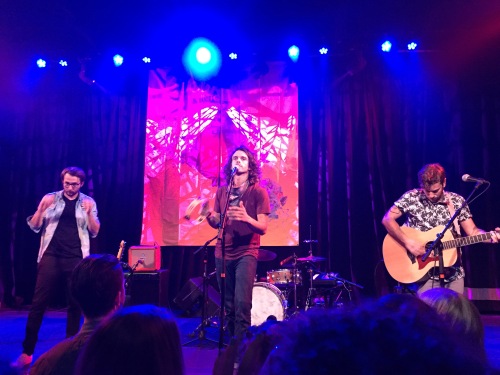 Tim Arnold in the middle 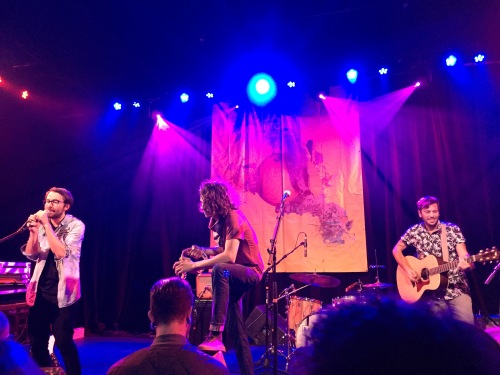 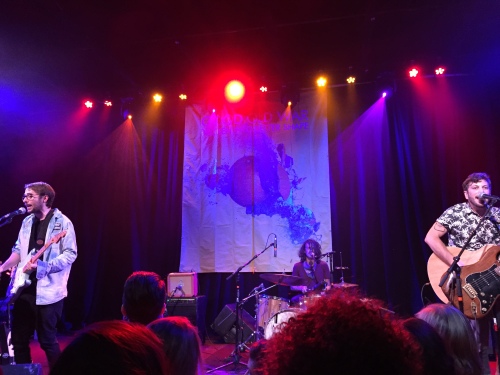 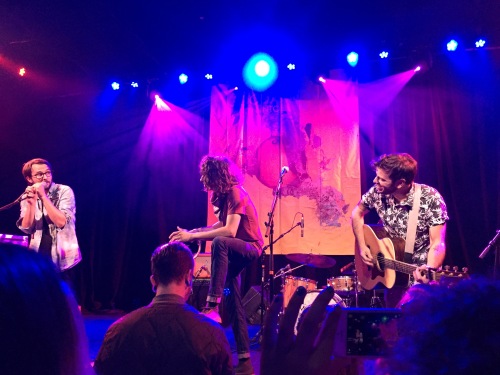 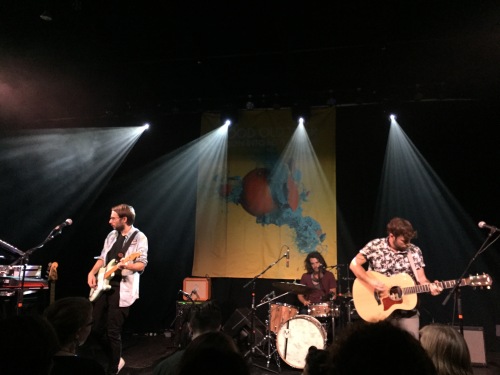 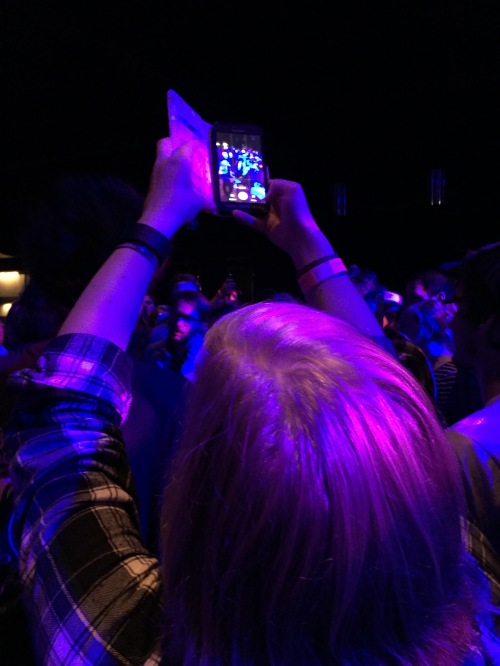 Thanks for this lovely view of the unplugged portion of the night, lady who elbowed me out of her way and then did this! 🙂 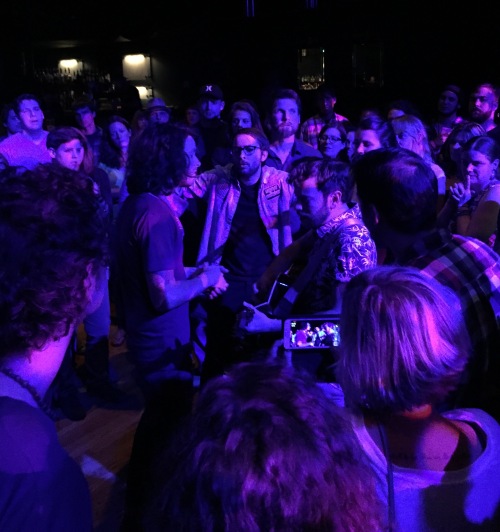 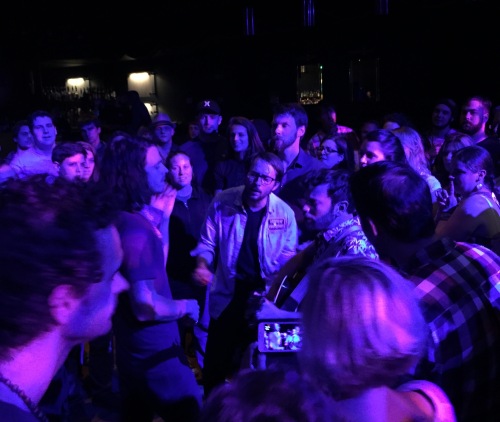