Racer X is my favorite 80s cover band. They earned a huge following playing annually at Homecoming and Reunion at Bowdoin College for many years. Now that the band is all grown up with partners and children, they (sadly) only play once a year–on a booze cruise in Casco Bay. I’d never gone on a cruise to see them, but I sure am glad I made it this year. What fun it was to see them play again, hear the songs that defined my childhood, and spend the evening with WAKA kickball friends from way back in the day. Vin and Aaron (guitar/lead vocals and keys) are Bowdoin College professors in the daytime, but they really know how to get down! I was also truly honored to have George Michael’s “Faith” dedicated to me (a Seminary degree gets you that, when you’re friends with the band!). Until next year! Check out Casco Bay Lines’ music cruise schedule! It was  a super fun night! 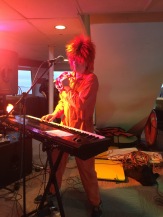 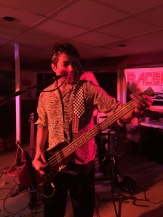 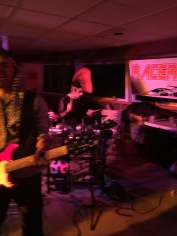 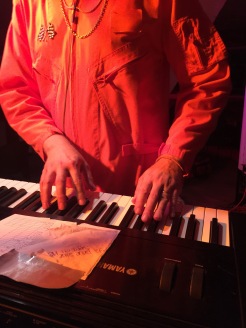 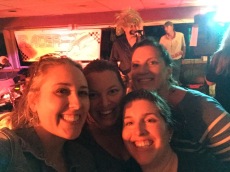 I finally got to see Scars on 45 live, and they were a delight. They sang beautifully, were warm and chatty with the crowd, explained the backstory of a few of their songs, and generally have great band chemistry. I am so glad I finally had the opportunity to see them, and I appreciate that 98.9 WCLZ brought them to Portland to do a free show for their listeners at intimate One Longfellow Square. Scars on 45 (Danny, Aimee, Nova, and Nate) are highly listenable, and I bet you’ve already heard some of their songs on the radio. Here’s a session they recorded recently at Paste Magazine’s studios. 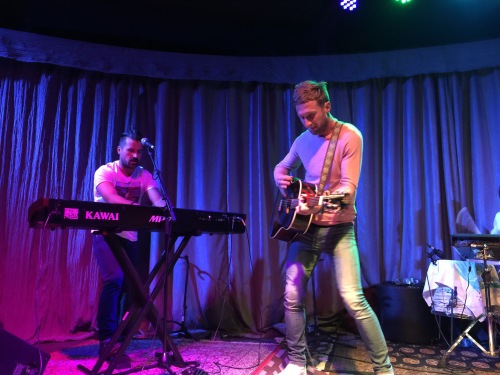 The rest of this post is a laundry list of sadness about poor concert etiquette. If you could use a brush up on how to be respectful during a concert experience, keep reading. If not, just check out England’s lovely Scars on 45 and call it a day.

This night was full of concert etiquette faux pas, which frustrated my concert experience a lot. Why didn’t I move, you ask? People ask me that sometimes. The better question (I think) is, why aren’t people more considerate at shows? I got to One Longfellow Square when the doors opened to get a front row spot. I am visually impaired, and I like to be close to the stage so I can see the band well. If I had moved, I would have had to give up my proximity to the stage or block someone else’s view who’d also arrived early. That’s just not fair. Also, the venue is so small that these annoyances could be experienced by plenty of people in the room.

I’d had a busy day, and I went out of my way to get to this show, both by driving all the way to South Portland to 98.9 WCLZ’s studio solely to pick up the tickets and by leaving a season reveal event at Johnson Hall in Gardiner early to get to Portland in time for doors. I was especially bummed that I ended up between three people who were not considerate of other audience members during the show.

Here are three things I witnessed that I think you should NOT do at an intimate concert:

1. Sing along. It is not your concert. Your name is not on the ticket stub. We came to hear the band sing these songs we like and that have meaning to us in person. (ESPECIALLY do not sing EVERY word to EVERY song SO LOUDLY that people hear you INSTEAD of the band). EXCEPTION–Of course you can sing along when the band invites you to. But that’s it. If you have to sing along, sing quietly. For serious. Besides pushing people aside and trying to steal their earned spots at shows, this is my biggest concert pet peeve. The girl to my immediate left sang over the band all night while standing directly underneath them. It drove me NUTS.

2. Clap. (ESPECIALLY during slow songs and definitely not during covers of Cyndi Lauper’s “Time After Time,” which does not lend itself to clapping at all, Man Standing Immediately Behind Me).

3. Make awkward conversation with the band while they’re on stage. Don’t heckle the band to get their attention either. This note is mostly for people who need to feel like they’re having a special, one-on-one moment with the band. You don’t impress us by interrupting the band to talk at them. Talk to the band after the show.

My friend Andrea likes pop music and sees a lot of bands that have younger fans that love to sing along and take video all night long. She is used to all of the aforementioned concert behaviors and is truly not bothered by any of them. In fact, she said “they’re just feeling the music.” I wish I was able to see things in that kind light!

I ended up at a free show of a band I really like at a venue I really like with three girlfriends I really like. And I was annoyed so much for so much of the night that I missed out on the joy of the night. The rest of my friends didn’t miss out on the joy, and I’m glad for them. I am always impressed by how a single person can have such a negative impact on a show, and how rarely they even seem to notice. Maybe it’s the teacher in me that just wants to correct the behavior for the greater good. I am so open to reading your suggestions about how to deal or just to commiserate about bad concert etiquette you’ve experienced. Let’s be politer at shows, folks!

Look at my lovely lady friends!