Guster is a band that immediately takes me back to my college days in the late 90s (oh my). Ryan Miller, Adam Gardner, and Brian Rosenworcel have been together since the beginning of their college days at Tufts in the early 90s, and have made music together for over 25 years. I was excited when the announcement came that Guster would play a show in Morrell Gym during Bowdoin College Homecoming to celebrate the inauguration of Bowdoin’s new president, Clayton Rose. My favorite Guster memory comes from the fall of my senior year at Bowdoin (2000), when my good friend was the head of the student group that brought concerts to campus, and she assigned me to “keep Guster happy” for the day leading up to their show. I brought them meals, helped them find internet on campus (which was a big challenge in those days), and got to hang out with them a bit ahead of their great show (also in Morrell Gym) that night with Jump, Little Children. I looked through my past shows list and was a little surprised to see that I’ve only seen Guster live nine times, which seems quite few given the impact their music has had on me throughout the years. I was lucky to be at their show at the State Theatre with Howie Day back in 2003 that was recorded and released as a live album, Guster on Ice—Live from Portland Maine. I hadn’t seen Guster since 2013 at L.L.Bean, and it was a treat to have them back at Bowdoin for a private show.

My friends Rachel, Ian, and Jan met me for a delicious dinner at Shere Punjab in Brunswick and we made our way over to Morrell Gym a little bit early to get a good spot up front. I forgot about “college time” and that no one is ever on time ever, and so we were the only people anywhere near the gym when we arrived. We took a walk and hung out a bit in Smith Union and circled back when doors opened and grabbed spots along the barricade at the stage. I was glad to see a lot of Bowdoin staff and alumni friends in the crowd. Guster took the stage to a pretty empty room (see “college time” above), but it was full of exuberant college students a few songs in. Ryan, Adam, and Brian were joined by Luke Reynolds (of Blue Merle), who has been part of the group for about the last five years, and had a couple other musicians join throughout their set, including a Bowdoin student named Roya who played a killer violin part during “Satellite.” 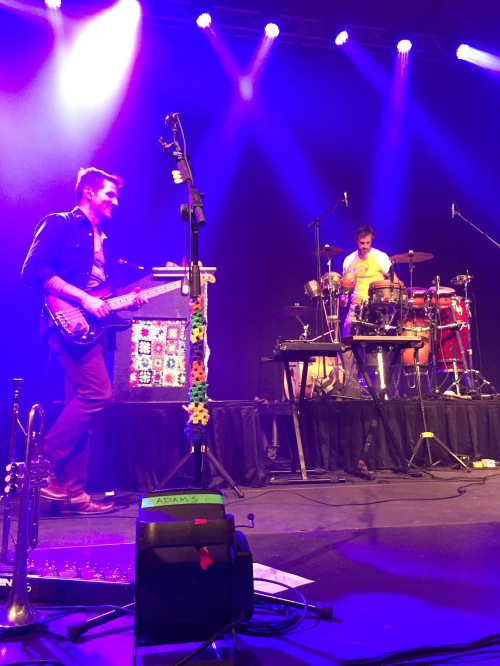 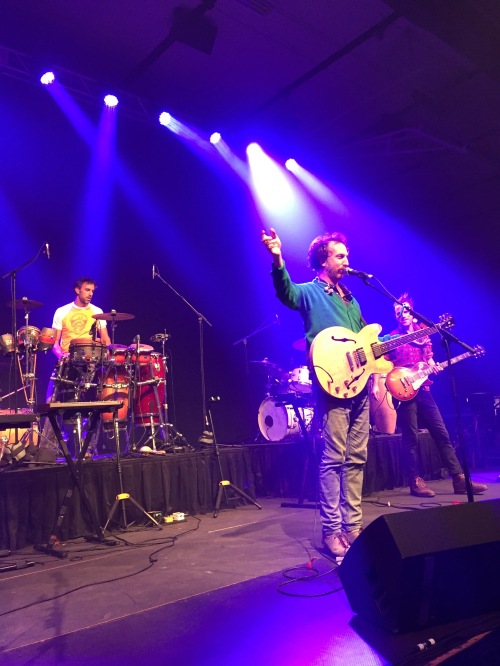 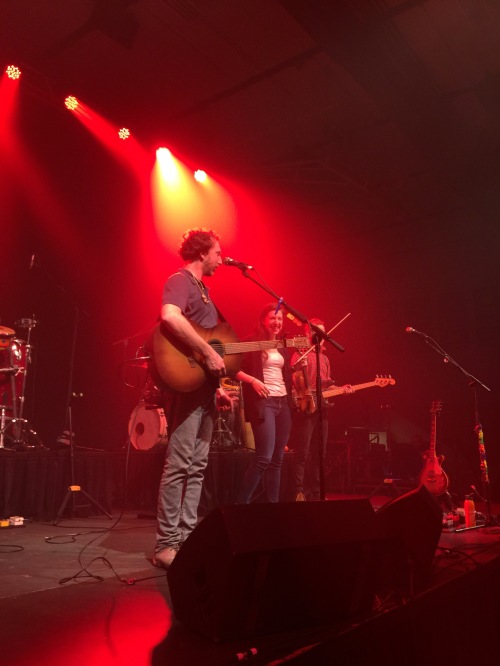 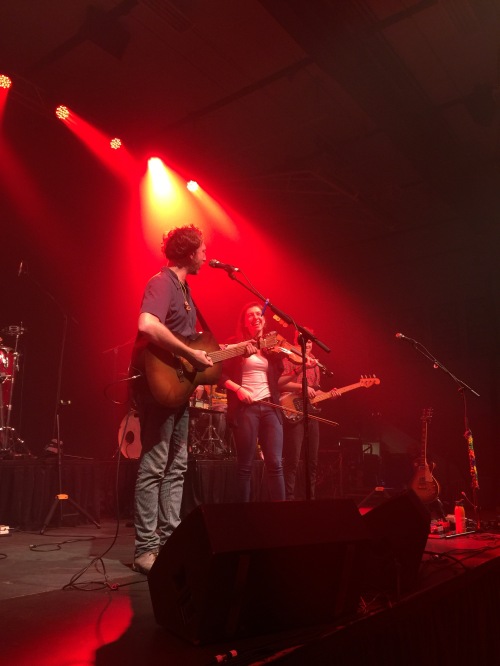 Ryan took the lead on chatting with the crowd and entertaining song requests from the audience. Someone kept asking for “Parachute,” (which I would have loved to hear myself) and it earned him a conversation with Ryan and a song that Ryan improvised in his honor (but no, they didn’t play “Parachute.”) Ryan joked about playing coming out of retirement to play a show in a gymnasium and welcomed new Bowdoin College President Clayton Rose with a song he ad libbed just for him.

They opened with “Careful” from 2003’s Keep It Together and their encore, “Demons,” was from their 1997 release, Goldfly. I was glad to hear “Happier” and “Barrel Of A Gun” from their 1999 album, Lost and Gone Forever, and I would have LOVED to hear “What You Wish For,” too. While writing this, I realize how many hundreds of times I’ve listened to Lost and Gone Forever, and how much it was the soundtrack to my life in college. Thanks for hosting a great show, Bowdoin College, and welcome, President Rose! Guster—thanks for playing a show in a gym on a Friday night in the middle of Maine. And for everything else, too. 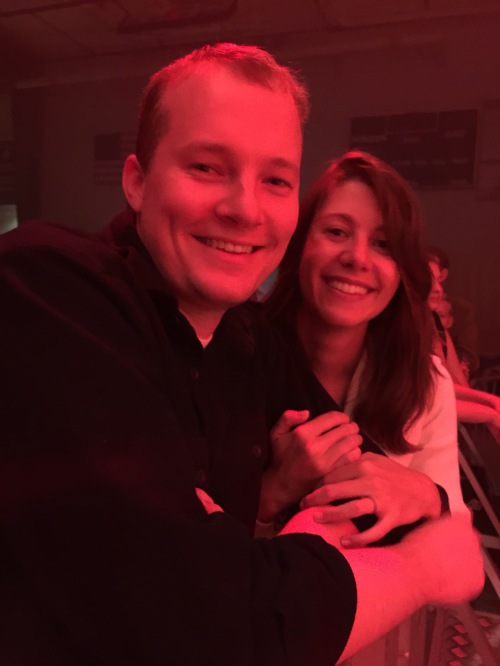