The Paper Kites with Larkin Poe

I was so grateful for this concert experience. I received a very nice email from Larkin Poe’s publicist a few days before the show inviting me to come, and I decided to rearrange my schedule to attend. I am so glad I did. Larkin Poe had just played the Newport Folk Festival, and anyone who is invited to play there is definitely worth checking out. The Paper Kites have been popping up on my Spotify “Discover Weekly” playlists for a long while now, and I particularly like their song “Bloom.” I went to my first Muay Thai boxing class at my gym, and then showered and motored down to Portland to Port City Music Hall. After attending a show the night before at the Maine State Pier (which is such a disappointing place to “see” a show), I was so glad to be on my way to a venue I love where I knew I’d get to be up close and actually see the bands.

Larkin Poe is Rebecca and Megan Lovell, sisters from Atlanta, Georgia. They’ve both toured in Elvis Costello’s band, and they’ve got chops. They took the stage with a powerful a cappella song, and I was sold. I got there early, so was front and center, and I was mesmerized. These sisters have tons of chemistry, and I liked their lyrics, rock sensibility, and effort to connect with the crowd. Rebecca told us that their band name comes from their great-great-great-grandfather, who was a cousin of Edgar Allen Poe. I don’t know their music well, but I remember “Tornado” stuck out. They played “Trouble In Mind” on Conan O’Brien back in April. You should definitely check them out live. 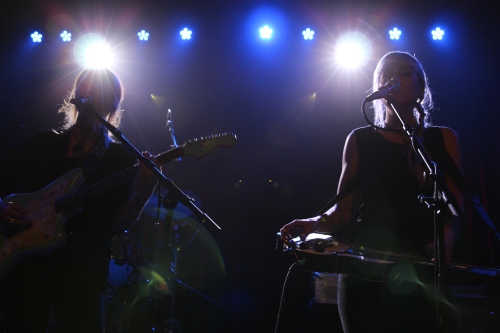 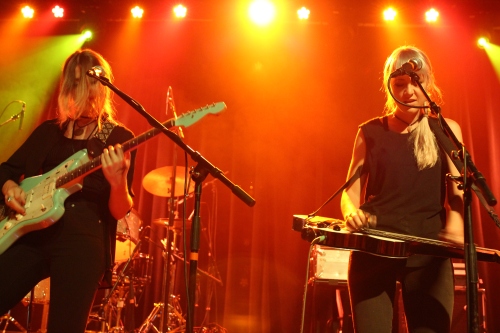 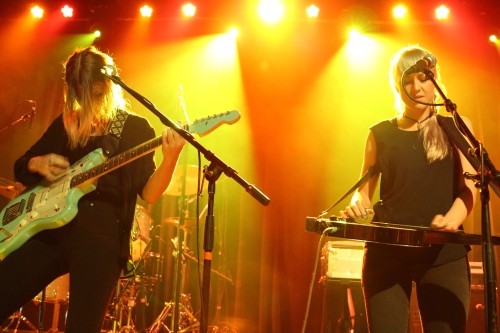 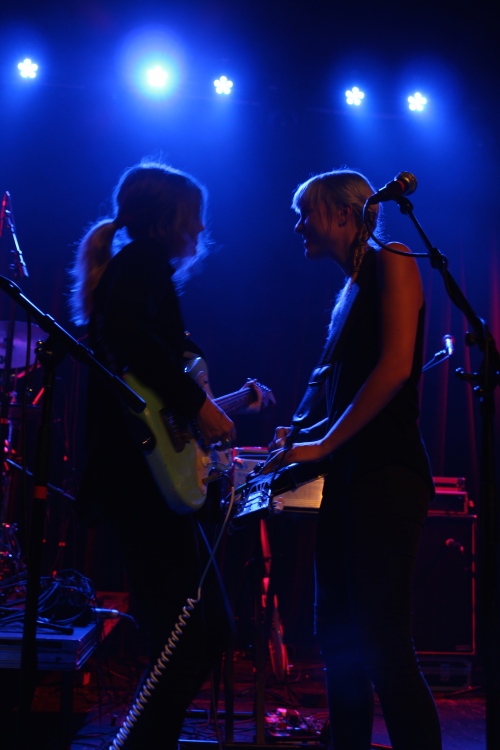 During the break, I chatted with a trio of women who’d flown up from New Orleans, partially to visit a friend from Maine, but surely to coincide with seeing Australia’s Paper Kites live. They were lovely to chat with, and the crowd that night was 18+ and quite respectful and nice to be around. It’s always great when people come to a show to actually see the show, and an 18+ show often means there are fewer drunkards who detract from the overall concert experience. The “kids” in the audience were clearly fans, and they sang every word of every song.

The Paper Kites‘ front man Sam Bentley was quite chatty with the crowd, and he told us the stories behind a handful of their songs, which is something I absolutely love. He joked that “I’d like to connect with you by telling you the story of another song,” which was charming and worked beautifully. I wish more artists would tell us about their songs. Sam told us the story behind “Paint.” He was in a long distance relationship when he was young and living at home, and wanted to make a grand gesture to his girlfriend by painting a love note to her in invisible ink he’d ordered online from China on his bedroom ceiling. It turned out to not be all that invisible. His parents were mad and he had to paint over it. They also broke up. He explained the song as “dealing with a life that didn’t quite happen.” This was the last night of the Paper Kites’ tour, and I’m so glad I got to spend it with them. This fantastic show was a completely welcome nice surprise. Pictures below! 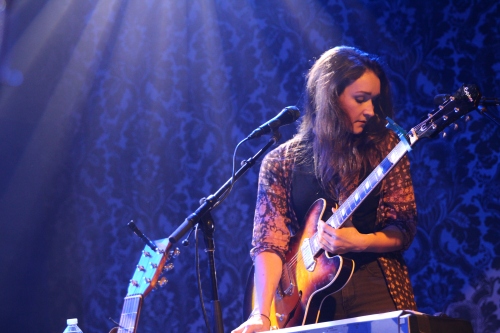 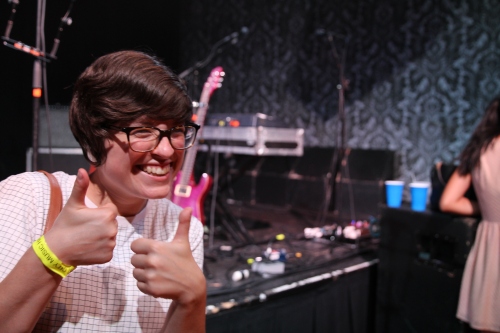 All the way from New Orleans for this double thumbs up show!