I grabbed my spot in the front row (where I like to be at Port City Music Hall) just after Dickie took the stage. Iowa’s Dickie was pretty good. I texted Colin that their lead singer, Dick Prall, reminded me of Hey Rosetta! (which is a compliment), but I didn’t love violinist Kristina Priceman’s sarcastic jokes directed towards Dick Prall. It detracted from the music for me. Maybe I’m drained from all of the negative energy in our world right now, but having one bandmate pick fun at another on stage was a big turn off. Too bad, because they can play (and they have a bass saxophonist, which is rad), and I bet they have a lot of fun together on the good nights. Check out their song “Pop Pop Pop.” 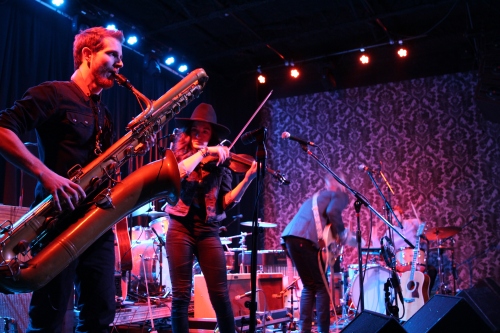 Blind Pilot took the stage after a very long break between sets. I hadn’t seen them live since I caught them from the front row at the Newport Folk Festival back in 2012, so I was very excited to see them in Portland, Maine. The six piece band plays so many instruments–upright bass, ukulele, trumpet, vibraphone, and one I had to Google, the mountain dulcimer. If you saw their stage set up before the six band members took the stage, you would expect a much bigger band. 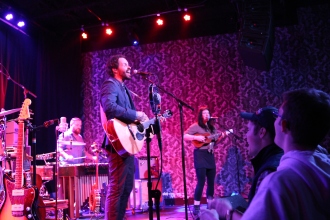 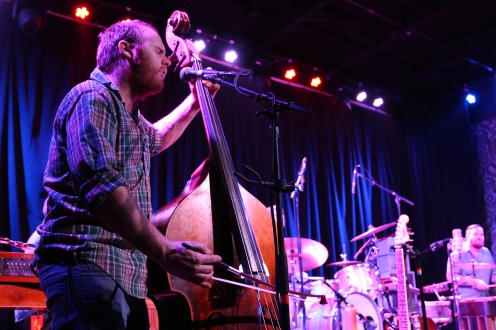 Blind Pilot is from the “other Portland,” and we gave them a little bit of crap about that. Israel Nebeker has a silky smooth voice and when partnered with the harmonies of Kati Claborn and Luke Ydstie, they have a rich, upbeat sound. Blind Pilot played a solid 15 song set to a very happy crowd. “3 Rounds And A Song” is such a sweet love song, and I was glad to hear it in person. Right in the middle of the song, though, there was a loud gasp right behind me. A proposal! The crowd clapped and the band smiled. After the song ended, Luke made sure to get the couple’s names (Allie and Patrick) and wished them well. What a sweet moment to witness! 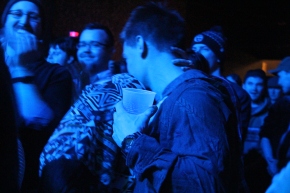 The whole crowd sang along (including an adorable group of high school aged boys who were in the front row and knew all of the words) to Blind Pilot’s single “Packed Powder” from their most recent release, And Then Like Lions. The band came back for a two song encore, and ended the night with my favorite, “We Are The Tide,” which is a superb pick me up song. Blind Pilot is wonderful live, and I was so pleased to see them in my Portland.

Tagged as 3 Rounds And A Song, Dickie, Paste, Port City Music Hall, We Are The Tide