This was my 48th Ellis Paul show. That might sound like a lot, but I’ve really just seen him a few times a year since my first Ellis show at Bowdoin College back in 2002. He’s obviously my favorite, though, and this was a great night. I was thrilled that Colin could join me, because Ellis is better shared. I had a quick girls dinner at my house and then raced over to Bath’s Chocolate Church Arts Center for the show.

There was no show opener, which I love when I’m seeing my favorite artists (because how could they compare, really), and Ellis took the stage a little after 7:30. He was in a great mood, and was very chatty with the audience, which is my favorite. Ellis had some new banter topics and he led a brief whole audience conversation about which artists we could take or leave. Bob Dylan is my “zero artist,” because I love “Blowin’ in the Wind” and “Forever Young” but I’d prefer to hear Dylan songs sung by just about anyone else. 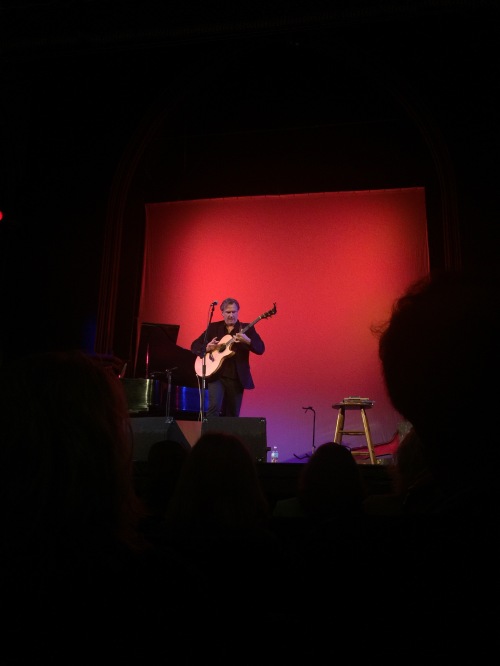 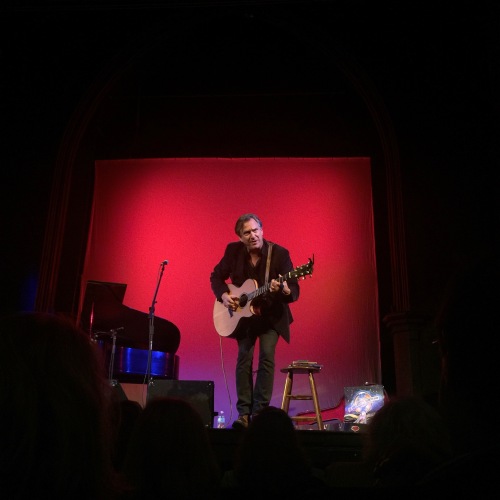 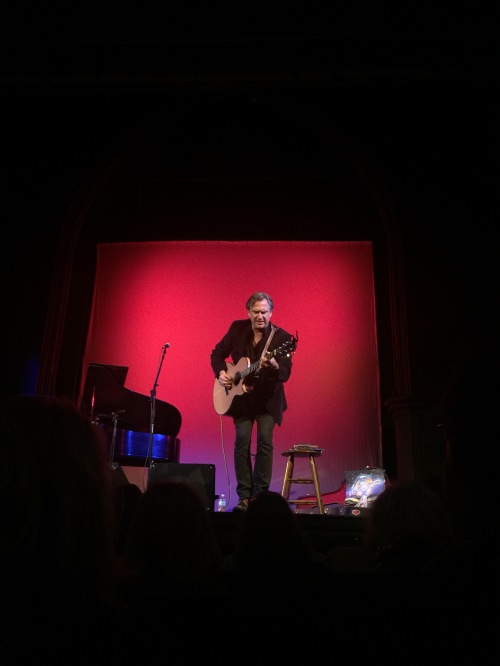 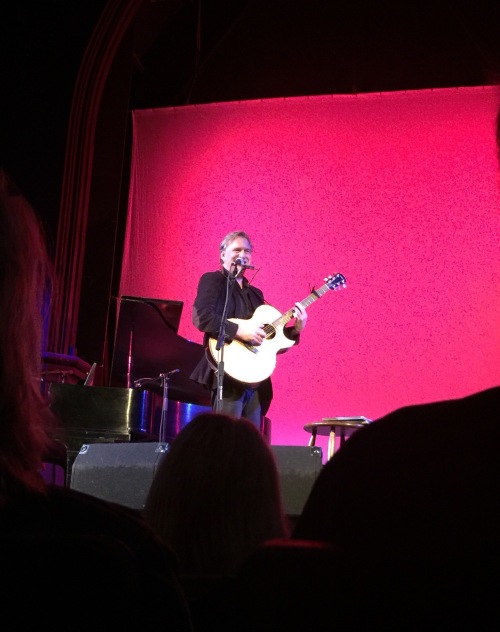 Ellis played a couple of improvised songs at the piano–one about tourist season in Maine, and his encore was a song about how much he loves Tom Brady. He played a lovely song that I’ve maybe only heard once before (always a bonus) about Pawnee, Oklahoma. He explained that “Oklahoma is the Maine of the midwest” and that he was off to Tulsa for the 4th anniversary of the Woody Guthrie Center. He showed us his Woody Guthrie tattoo and told us the story about showing it awkwardly to Arlo after his opening set at the Boston Hatch Shell many years ago and then, many years later, showing it to Nora Guthrie (at her request) while chatting with a random German who ended up becoming her husband. When Ellis offered to play requests, I asked for “God’s Promise” (his music and Woody’s lyrics), which he picked first and I was thrilled to hear. The guy sitting next to me elbowed me with excitement when Ellis picked my request, which was pretty adorable. 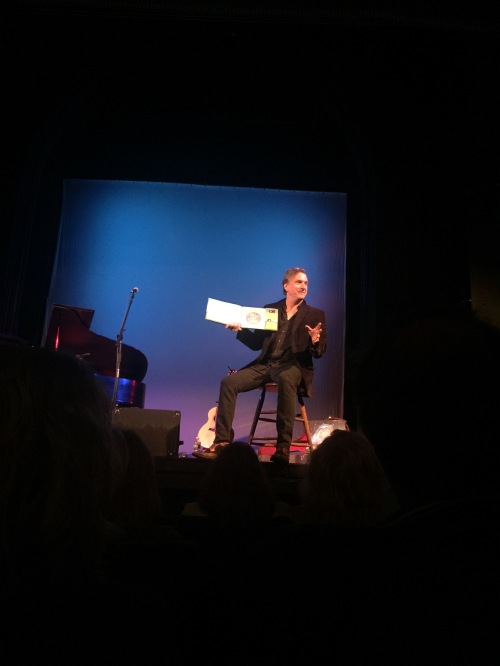 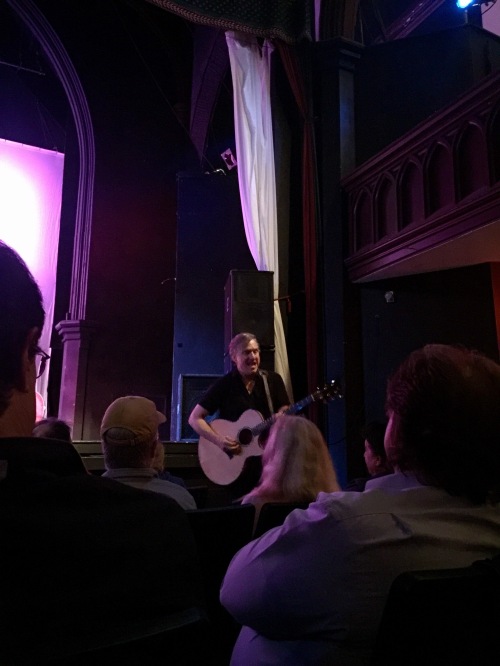 Ellis shared that he’s celebrating 25 years as a touring musician, which is a long time! He read us the Thomas Edison piece from his The Hero in You book, sang a song in progress with verses from many states he’s visited that was hilarious, and generally interacted warmly with us and kept us laughing all night. He came down into the audience to sing “Annalee” together, wrapped up with his Tom Brady love ballad, and send us home smiling. It’s always a pleasure to see Ellis live, and I’m getting excited for my 50th show!