Brandi Carlile with The Secret Sisters

I hadn’t planned on going to this show because I’m really over the logistical hassles that come with any Boston show, but my best friend very thoughtfully bought me two tickets for this show for Christmas because she knows how much I love Brandi Carlile. I thought about selling the tickets because they were in the back of the room at Orpheum and I have a pretty firm 10 rows or less from the stage rule (I’m visually impaired and seeing performers’ faces matters to me), but I decided to make a weekend of it. I bet that’s probably just what my bestie was hoping I’d do, because this show just happened to fall on my birthday weekend.

My awesome friend Dot and I took the bus from Portland to Boston (we saw Malia Obama in the Concord Trailways station, too), had a delicious lunch in Chinatown, checked in early to our beautiful room at the Revere Hotel Boston Common, explored Boston Common on a perfect, sunny day, grabbed a drink on our hotel’s gorgeous rooftop deck, had a very uncomfortable dinner sitting next to a drunk husband verbally attacking his wife, recovered with a bonus stop for coffee and a lemon tart, and made it to Orpheum with time to spare to catch up with my pal Aimsel Ponti. 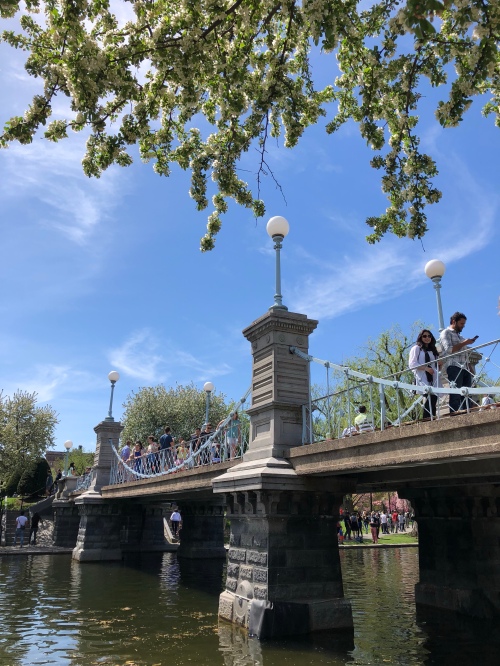 Aimsel had a great seat for the Friday night show, and she was so taken (duh, it’s Brandi), that she decided to buy a seat for the next night online, too. Aimsel’s seats both nights were about a thousand rows (okay, more like 25) in front of ours, so her show experience was much different than mine.

Dot had never heard of The Secret Sisters, but I’ve seen them a handful of times now, and knew she’d enjoy their harmonies and pretty songs. Their most recent album, You Don’t Own Me Anymore, was produced by Brandi Carlile and earned them a Grammy nomination for Best Folk Album. I’ve read interviews that The Secret Sisters almost quit making music after their label dropped them, but Brandi swooped in and fought hard for them to keep going. The crowd was sadly pretty chatty in the Orpheum all night, so it was hard for me to stay connected to either performance, which was quite disappointing. 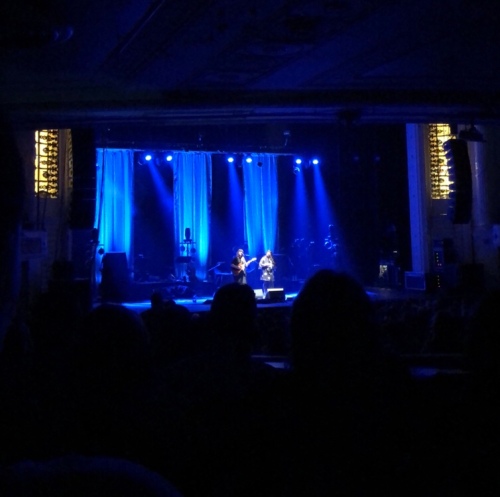 Brandi Carlile and the twins–Phil and Tim Hanseroth–slayed like they always do. They give 110% every night, for sure, but I was sitting so far away from them that I really couldn’t see their faces. That, and people around me talked all night, and a handful of people a few rows in front of me decided to stand for the bulk of the show, so those of us behind them had to stand, and that just made it hard for me to see the stage and feel like part of a concert experience. Clearly, this was my least favorite Brandi show (this one was my favorite), but it had literally nothing to do with Brandi and the band–which included a lot storytelling (which I love), a string and horn section, and even The Secret Sisters on background vocals for some of the night.

Brandi said “if ever there was a band that should have been called something else, it’s this one, because there’s no lead singer” to introduce the stunning three part harmonies of “The Eye.” To introduce “The Mother” Brandi told us that most of the advice she’d gotten before becoming a mom didn’t ring true for her, and “if you’re thinking about having kids, give it some thought, because it will fundamentally shift your life.”

Brandi told us that “Phil was up late one night reading the news about an unidentified woman’s body found in a field in Georgia and no one never claimed her body. She was 30 years old and she’d given birth to someone at some point in her life. She had a tattoo of Jesus on her hand. It bothered him so much, that someone could leave the world without a proper name, that he wrote her a song”–“Fulton County Jane Doe.”

It took me a few songs to realize that they played every song from their new, deeply personal album, By the Way, I Forgive You, which included string arrangements by Paul Buckmaster, who passed away unexpectedly before the album was released. Brandi introduced “Party Of One” by telling us it was the last string arrangement Paul ever wrote, and that “I’ll never play it without thinking of him.” Brandi and the band cleared the stage, to thunderous applause.

They returned for a three song encore, and Brandi dedicated “Hold Out Your Hand” to the youth leading the March For Our Lives moment and to “all who amplify their voices.” You HAVE to watch the video for that song that came out last week. I cried. Laura, Lydia, and Brandi closed the night with a stunning a cappella version of “Amazing Grace,” which hit just the right note and sent us home with hope in our hearts.

I’ll see Brandi and the twins again this summer at Newport Folk Festival. I can’t wait to see them again, with what will surely be a far more attentive audience. This audience, from where I sat, didn’t deserve the show it got. We can do better, y’all.