The Ballroom Thieves with the Soil & the Sun and Starlight Cicada

The Ballroom Thieves is one of my favorite bands from New England. Their percussive, harmonic sound and heartfelt, relatable lyrics are infectious. I’m a fan and plan to see them whenever they come to Maine. Fridays are usually the day of the week that I’m most tired and ready for bed before dark, but I gladly persevered until midnight to see the Thieves again. Check out my previous Ballroom Thieves posts from June 2013, October 2013, and January 2014.

I hadn’t seen a show at Empire since it’s reopening, and I liked the updates to the concert space upstairs. An aside: I’m often confused by folks who come out to see live music at bars. It seems like a lot of people just talk (loudly and even louder as the night goes on) throughout the show. Why bother buying a ticket to a show? Maybe just go to a bar without a band playing? It’s distracting (okay, annoying) for those of us who came to listen, but I digress.

I showed up late after a long dinner with girlfriends and was glad to catch the bulk of Starlight Cicada’s set. Maine’s own Elizabeth Taillon (Starlight Cicada is her unique moniker) is a former busker. I was impressed with the power of her vocals and with how revelatory and heavy her lyrics were. Her simple, finger picked electric guitar was a perfect accompaniment for her big voice and slow, mellow songs. I was drawn to a song that had the refrain “love me or be alone.” I ended up leaning over to the guy standing next to me to ask if he knew anything about Starlight Cicada—and, lucky me, he was her boyfriend. I’d like to see her again in a listening room and hear a little biographical information and background about the songs. Check out Starlight Cicada’s EP “The Mansion Demos.

The Ballroom Thieves discovered the Soil & the Sun when recording their Audiotree SXSW Showcase in Austin and invited them to come to New England and play some shows together. Grand Rapids, Michigan’s the Soil & the Sun was fantastic. I was glad that Caroline finished work downstairs and could come up to join me so I’d have someone to chat with about how interesting their music was. Their sound is full—six gifted musicians play multiple, rotating instruments including two keyboards, violin, drums, bass, guitar, tambourine, oboe (that wasn’t a clarinet, right?), and assorted percussive items. Since genres are so blurred these days, I’d dub theirs “indie orchestral.” I was reminded of North Carolina’s Lost in the Trees a bit during their set. I was impressed with their layered songs with ever-changing tempos, gorgeous harmonies, and instrumentation. I would have loved to hear a bit about the band and their songs, and I wish they’d been able to play a bit longer so my sweetie (who was a music major in college and a quite serious, accomplished flute player for many years) could have heard them. They’re impressive and I hope they’ll come back this way.

the Soil & the Sun 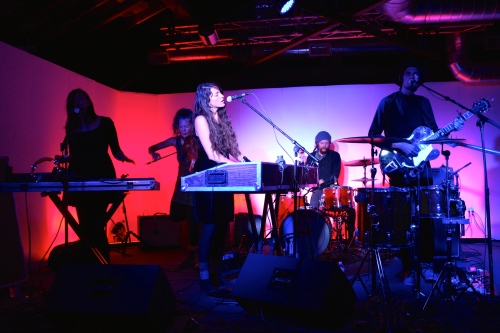 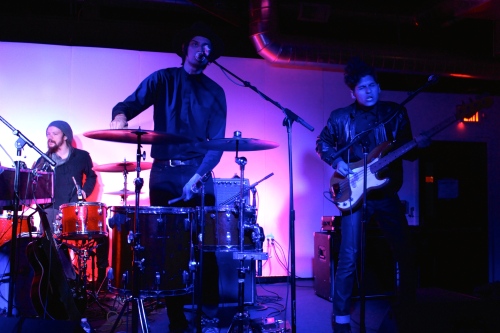 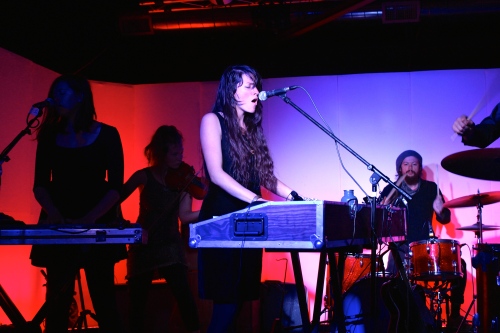 The Ballroom Thieves took the stage and opened with “Brother.” It stuck out as one of their best to me and was a strong opening. Devin, Martin, and Calin were spot on, as always. Jeff made it in time to catch their set from the beginning and he and Caroline, seeing them for the first time, were both impressed. The Thieves complimented the new Empire and raved about their fantastic meal as they recounted their entrees by name.

“Oak” is pretty. I’m looking forward to having that song to listen to on repeat when The Ballroom Thieves’ upcoming album drops. I liked hearing new songs, too, and the Thieves played a few. One of the lyrics that caught me was “I would burn into the ground to take you home.” Their harmonies are always strong, but were even more mesmerizing when they sang a cappella on “Stones.” I appreciated it at the end of the night when the guys thanked us sincerely for coming out and for our continued support of their music. They can be a little goofy onstage (and I like their comfortable banter with the crowd), but it’s clear that they genuinely appreciate the opportunity to play for an attentive audience.

I love this shot of Devin 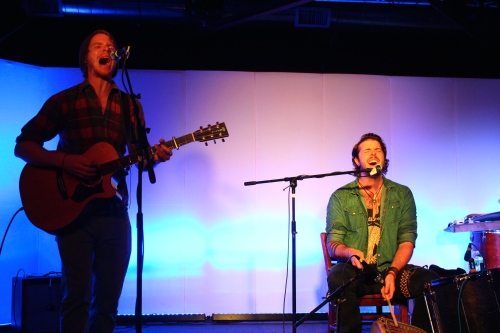 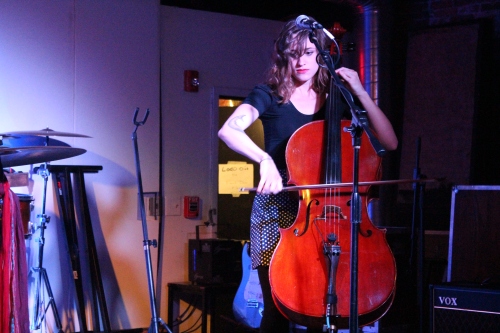 They unplugged and came out into the middle of the room to play “Save Me,” definitely one of my favorites, to wrap the night. Folks circled around them and the room was completely silent but for the beautiful lyrics and harmonies of that song. I was impressed (but not surprised) that the Thieves garnered total silence from a bar crowd at midnight on a Friday night. They’re that good. Check them out next time they’re in town—you can meet me front and center!

“Save Me” unplugged in the middle of the room