This was one of those perfect summer days. I had a glorious day at camp on Highland Lake with my dear friend Eric who I only see a couple of times a year because he’s the principal of a charter elementary school in Newark, New Jersey and doesn’t make it home to Maine nearly enough. He’s one of those great friends that you can pick right up where you left off with, which is a true gift. He packed up to head off to the airport and I made my way over to LFK to meet friends for drinks and dinner before Max’s show. I was thrilled to run into former student and truly talented singer-songwriter Genevieve Beaudoin as she walked by with Kate on their way to see Ryan Adams (who I heard was fantastic). Our crew eventually made our way over to One Longfellow Square to see our dear friend Max Garcia Conover as part of OLS’s Live and Local series. 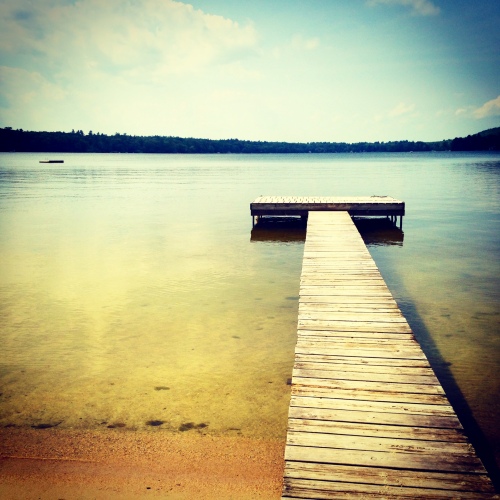 A perfect day at Highland Lake!

We’d already taken baby Mira to her first concert (Josh Ritter at L.L. Bean), but this was her first time seeing Uncle Max live (she’d heard him in utero). That sweet baby has already seen two concerts in her first eight weeks on earth! Check out the sweet picture of her and Ellie. Mira was engrossed during Max’s set. Excellent taste, Mira! 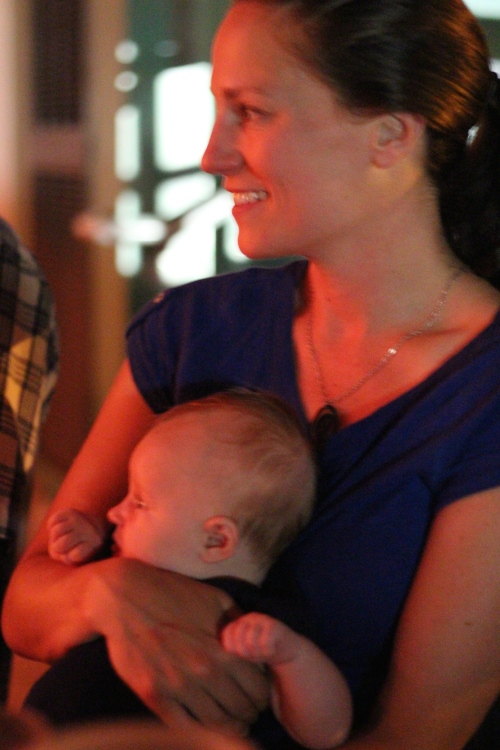 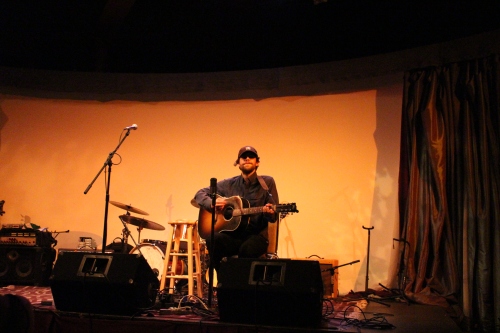 Max is increasingly more comfortable interacting with the crowd when he’s on stage. He told us that he’s been busking a lot this summer and he wears a hat pulled down over his brow and plays long instrumental pieces while people mostly walk right by. Recently, he felt someone stop to listen, so he changed up the song to make the piece more interesting. When he finished the song, he looked up and the person he thought he was playing for was actually a post. He thanked us for being an actual human audience. 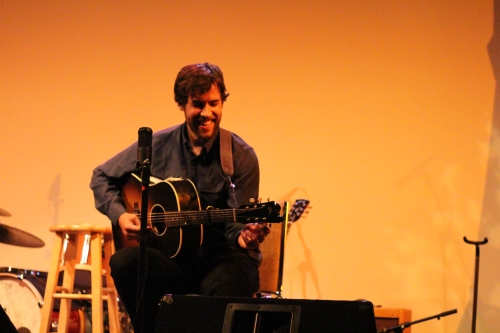 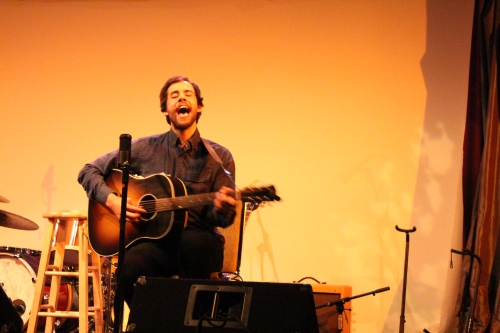 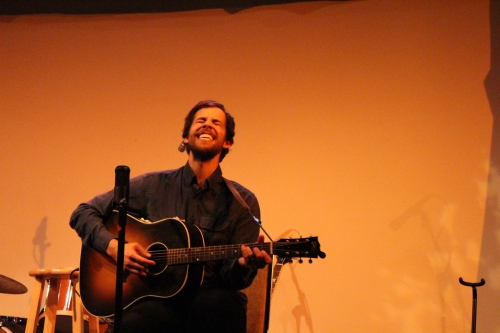 Max is heading out in September with his wife Sophie and their dog Arlo in their tiny RV on a cross-country tour to support his upcoming album, Ellery. He told us that the songs he played for us that night was an effort to sort of put them to bed in anticipation of the new album. He played “The Wedding Line” (one of my favorites from Burrow) for his sister Kiah. I’d never heard Max play “Teem” (the opening song on Burrow) live. It’s a lovely instrumental piece that requires special tuning and is quite complicated to play. Max introduced the song by saying that his fabulous producer for Ellery, Ben Cosgrove, is so insanely talented that when he came to play a song-swapping show with Max, he played “Teem” from memory (after just listening to it on the car ride up from Boston)—and Max said Ben played it way better, too. Max is humble, which is something to love about him, but he plays a mean guitar. His fingerpicking is genuinely impressive. 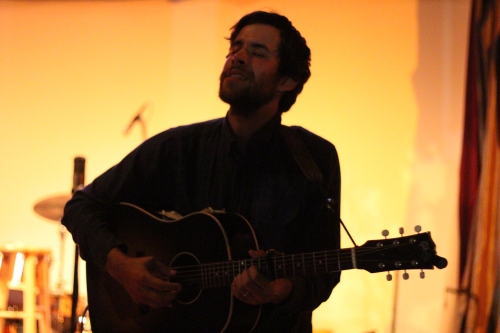 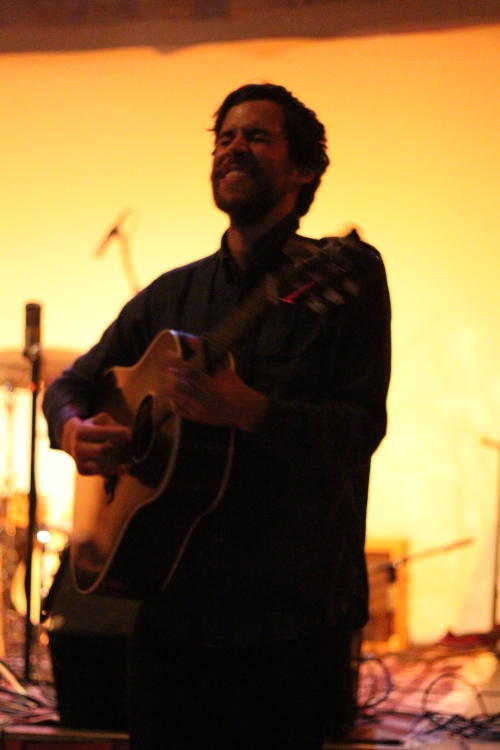 Max will have his Ellery CD release show at Mayo Street Arts on Friday, September 12 before heading out on tour. Max unplugged and came down into the crowd to wrap his set with “As Much a Rising Sun as a Setting One,” which is one of my favorites so I hope he’s not really planning to retire it. We sang along and it was a great end to a lovely evening. Max’s set wrapped about 10PM, so most of us pooped out before Clara Junken and Builder of the House. I like that OLS is doing these local shows every Tuesday this summer. You should definitely check them out! And the shows are only $5! Win!