Max García Conover is my friend and a heckuva guy. He is thoughtful and observes intently. He writes a song a week (you can be a patron of that project) and is working full-time as a singer-songwriter. I’m proud to know him. He was really excited to open for Justin Townes Earle, so the friend group rallied to support him on a school night.

Max took the stage to an attentive audience. Port City Music Hall had some seating set up in the general admission area, and it made for a special listening room show. Max told us that when he ended up in Puerto Rico without the grant money he’d expected to live on, he took to busking to earn money for groceries. He was just learning to play the guitar, and he’d play the same songs again and again, but no one dropped any money in his guitar case. He started playing a Justin Townes Earle song (“I Don’t Care”) on the streets, and it was the first song that made him any money. Max was clearly excited to open the show for JTE, and it was heartwarming to see him on stage at Port City in front of a big crowd that listened earnestly and enjoyed him. He played “My Neighbor Joe” early in his set, and it’s an intense song that reveals itself more and more each time I hear it. That something I appreciate about Max’s songs–they’re layered with meaning and take on new life at each listen.

Max said that everyone should have a preacher friend, so he invented one in a song. Max told us that he grew up going to church and on mission trips until one of his pastors gave an anti-gay sermon and so he immediately stopped doing both. He told us a story about a real investment banker with heart, who chatted with Max to make sure he was saving for retirement after his set at a music festival. Max’s last song of the night was one he wrote on a pizza box during intermission at a tough show in New Sweden, Maine (the song is aptly titled “New Sweden, Maine”), that has evolved over time and become a staple in his setlist. 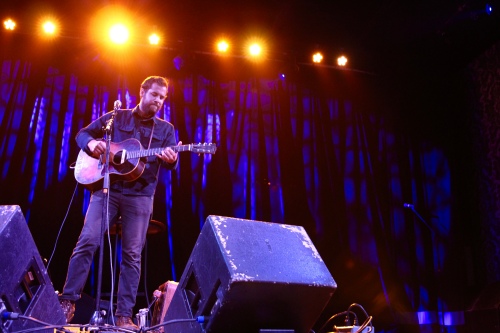 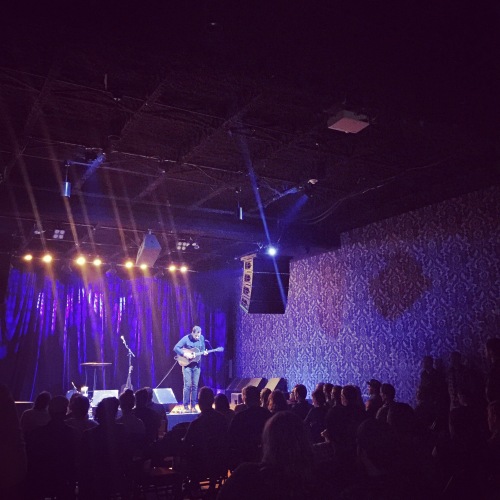 Justin Townes Earle took the stage, and the crowd was pumped. Some friends I trust love his music, so I was excited to see him live. I’ve got to say that his live show fell flat for me. People in the crowd were smitten. Some shouted out song requests. I heard someone yell a song title and say it was his wedding song. JTE’s songs obviously mean a lot to his fans, so I thought it was unfortunate that Justin didn’t receive love from the audience warmly. At one point early in his set he said “I’m an asshole,” and it seemed true. I have a hard time getting interested in someone’s music when they don’t seem to care at all about the listener. Everyone is entitled to an off night, which perhaps this was, but it was enough to turn me off. I very rarely leave a show before it’s over, but I did on this night, and I don’t feel like I missed out. If you’ve had an incredible Justin Townes Earle show experience (and if you thought he was amazing at this particular show), I want to hear from you about what you see that I missed.