I was so happy to end my concert year with a girls’ night out in Portland and my 43rd Ellis Paul show! Megan, Sarah, and I had a delicious dinner at Mi Sen on Congress Street (the custard with coconut sticky rice is DELIGHTFUL) and hurried back over to One Longfellow Square to grab good seats and see if anyone had canceled since the show was sold out and Megan accidentally didn’t have a ticket. She eventually did make it in, and my concert friend Colin joined us as well. The show was so crowded that OLS removed half of the stage to accommodate a couple extra rows of seating.

I hadn’t seen Chris Trapper since 2011 when he opened for Colin Hay at The Strand in Rockland. I was a big fan of his band The Push Stars when I was in college, and I was excited when I learned he was opening the show. I was happy to hear “Keg on My Coffin,” which included a pretty solid audience participation part to start the show. Chris told us that his song “This Time” was nominated for a Grammy as part of the August Rush soundtrack and he also got to hang out with Jonathan Rhys Meyers who sang it in the film (which impresses all of his female friends). He also admitted to writing the theme song for a much-hated show called Sox Appeal in which a guy was set up on three two-inning blind dates at Fenway Park during a Red Sox game. I’ll admit to watching a few episodes. Chris also told us about his album of original Christmas songs including “Black and Blue Christmas.” He said he’d been a professional songwriter for about 14 years and that Ellis Paul had been a great mentor throughout that time. He talked about having written so many songs about falling in love, but that staying in love is the much harder part, so he wrote a song about working to stay in love called “Love You Still.” 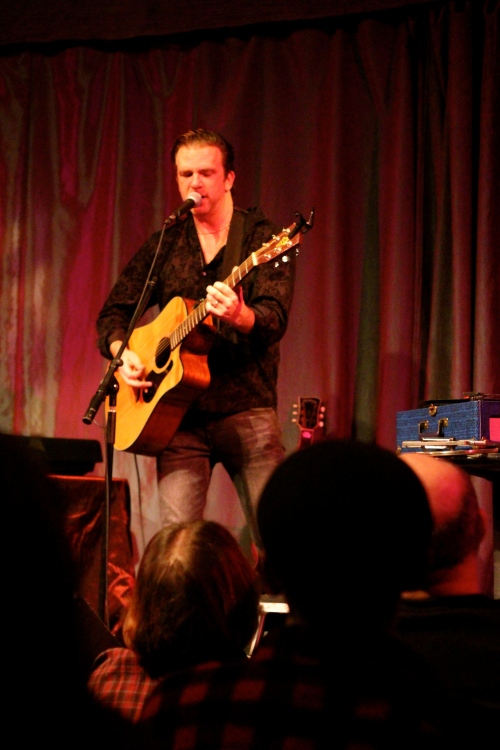 Ellis Paul and pianist extraordinaire Radoslav Lorkovic took the stage after intermission. Their show at One Longfellow Square very near the end of the year has become a tradition I’m grateful for since I went to Club Passim for their New Year’s Eve show every year for eight years before my friends in the area moved away and couldn’t join me there anymore for NYE. I’m so happy they bring the warm up show for the New Year’s show to me in Portland every year!

Ellis and Radoslav opened the show with three of Ellis’ best-known songs—“The World Ain’t Slowin’ Down,” “3,000 Miles,” and “Maria’s Beautiful Mess.” Ellis asked us to sing with him on all three. Rad hilariously accompanied Ellis on piano while he read his poem “The Night the Lights Went Out on Christmas.” Ellis told us that people have started to show him their rose tattoos because of his song “Rose Tattoo.” He joked that the song is just a love song and not a call to action. Oops! Kidding. 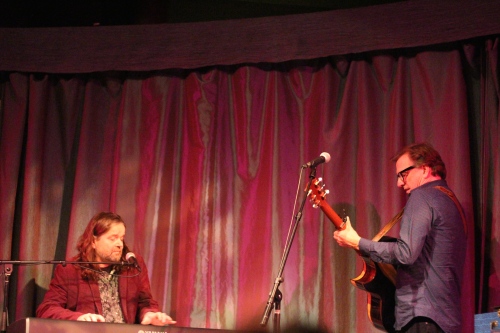 “The Night the Lights Went Out on Christmas”

Ellis has talked at length at the last few of his shows I’ve attended about the loss of music you can hold in your hand. He laments the loss of the chance to admire album artwork and read the liner notes while listening to an album for the first time. In the age of digital music, we’ve lost that part of our musical heritage. This epiphany happened for him after driving a rental car that didn’t even have a CD player. When he arrived home, he immediately went out and bought his daughters a record player to give them the musical experience he grew up with. His newest album, Chasing Beauty, is now available on vinyl.

Megan and I were in stiches at one point during the show because Ellis’ family was scattered throughout the crowd and heckled him during the show. He joked that “they have Tourette’s and talk all the time.” He remembered the amazing Pete Seeger who died in January of 2014 and played “If I Had a Hammer” in his honor. Ellis turned 50 yesterday and hosted a house concert on concert window to celebrate. Happy 50th, Ellis! He told us (with help) that “I Feel Fine” was on the top of the chart the week he was born in 1965. 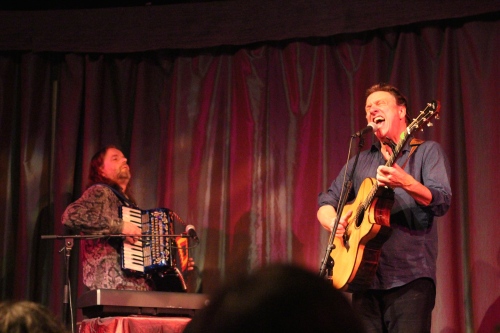 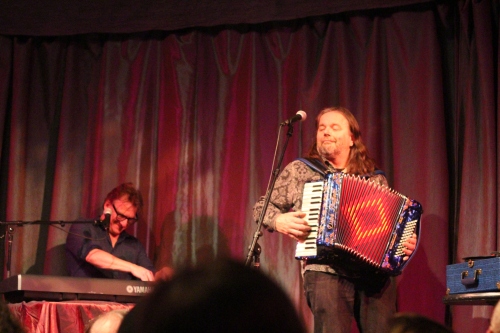 I was happy to hear “Mary, Mary” live—it’s got to be my favorite Christmas song. Ellis made a beautiful video using sand art for “Mary, Mary” that you should really check out. He’s an artist in many senses of the word. Ellis and Rad unplugged and joined us in the crowd and wrapped their set with “Love is a Curious Thing.” We stomped for an encore and Chris Trapper joined Rad and Ellis on stage to play “Waiting on a Break,” which Ellis said is inspired by the “godfather of Boston music,” Dennis Brennan. 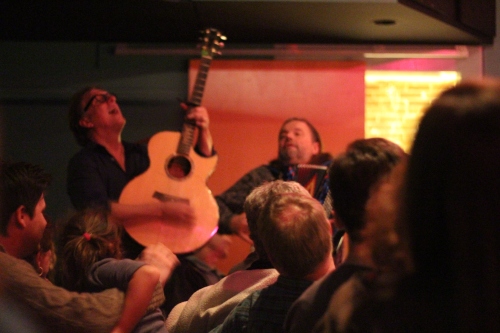 Unplugged in the crowd

Rad, Ellis, and Chris sing one more for us

I’m always so happy to start or end (or both) my concert year with you, Ellis! Cheers to health, happiness, and good music for all in 2015! 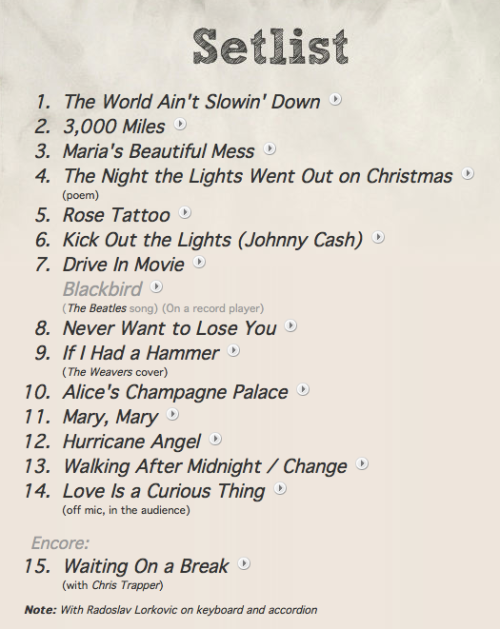