The Alternate Routes with Luke Fradiani

I’m catching up on blogging today with a heavy heart. I go to school every day in this post-Sandy Hook world, and have no hope that anything will change. I often think about music as being my religion–appreciating the power music has to bring us together and to change us for the better–and being at a concert as being in a sanctuary. My heart breaks for those who went to a concert in Las Vegas and instead got murdered. It’s unfathomable, and yet a norm we are starting to live with.

The Alternate Routes have grappled with the issue of gun violence in their music. Guitarist Eric Donnelly’s parents were murdered by an addict with a gun in their Fairfield, Connecticut jewelry store back in 2005, and his song “Somewhere in America” is a stunning song that reflects on the pervasiveness of gun violence in America.

Read these lyrics to “Somewhere in America”:

Was the gun in the hands of a sick young man with bright blue eyes.

A man who looked just like me as far as anyone else could see.

A stranger, not an enemy.

And my mother watched it all.

That was the last thing that she saw.

A phone’s about to ring.

I’ve heard them all so many times.

If your dad had had a gun of his own,

The Alternate Routes have also collaborated with Newtown Kindness, an organization that sprang up after the tragedy in the Sandy Hook community, and wrote “Nothing More,” which reminds us that “we are how we treat each other, and nothing more.” So here’s a band that puts their energy into this vital issue, and here’s another day in America where someone’s phone is going to ring. I tried to watch Jimmy Kimmel’s response, but couldn’t make it through.

I first saw the Alternate Routes open for Carbon Leaf back in 2009, and it was a spectacular, super fun show. Alternate Routes lead singer Tim Warren wrote “With all the love I have in my heart” on the CD I bought that night, their 2009 album A Sucker’s Dream. I also saw the Alternate Routes open for Martin Sexton in 2013 and play with the Ballroom Thieves in 2014, but it had been a while since I’d seen them. I watched their Studio Z performance live on Facebook earlier in the day and they told stories that showed their humanity and heart. It made me more excited to see them later that night.

I grabbed a quick solo dinner at the bar at Empire (a regular tradition for me on show nights in Portland), but ended up making friends with a few folks at the bar who let me join in their dinner conversation. I also ran into my friend Griffin Sherry from The Ghost of Paul Revere. His publicist had sent me a preview of their newest song, “Montreal,” and I was able to tell him I’d listened a few times earlier in the day and love it. The Ghost recently announced shows for December 30 and 31 at Port City Music Hall, if you’re looking for end of year plans.

I made my way to Port City Music Hall and joined my friend Andrea in the front row for some of show opener Luke Fradiani’s set. Andrea went to the show to see Luke Fradiani, and didn’t know the Alternate Routes. I was in the opposite situation. Luke was engaging and chatty, and he has a lovely voice. Apparently, he won a season of American Idol, which is pretty cool. Alternate Routes guitarist Eric Donnelly and drummer Kurt Leon were in his band, and I enjoyed the bonus time with them on stage. They did an amazing cover of Billy Joel’s “Downeaster Alexa,” which was amazing. Luke’s songs are a bit simple for my taste, but he was a fine show opener. Andrea disappeared for an hour after Luke’s set to make friends with the band, and his pianist, Mikel Paris walked us out of the venue at the end of the night. It was precious. I don’t usually want to talk to people in bands in case they’re having a bad night and aren’t nice, but Andrea goes for it all the time. 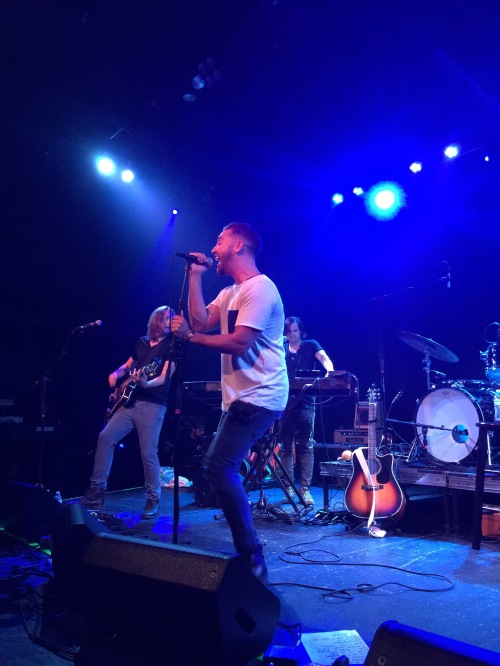 The Alternate Routes were great, if a little subdued compared to the first time I saw them back in 2009 (I think alcohol was involved all those years ago, though). I was glad to hear “The Future’s Nothing New” with a bit of Amy Winehouse’s “Trouble” in the mix. My favorite of their songs is probably “Ordinary,” and I liked hearing it with just Tim and Eric as a duo. Their new song, “Safe Haven,” is sweet as honey, too. Tim sincerely thanked 98.9 WCLZ for their ongoing support of the band. He introduced the last song in their set, “Nothing More,” by saying they were told that should write a song to inspire people to be kind–especially children–and thought it was a good idea. They wrote the song in memory of and in tribute to a bunch of folks and their families who lost children. Tim said that “everybody in here knows something about losing something and I hope you know very little about that, but if the people who went through that can pick up the pieces and carry the torch and try to put something good in the world despite that, the hardest thing that you can imagine, certainly we can try.” 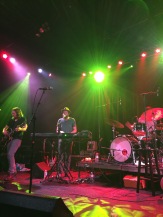 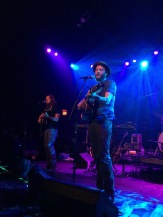 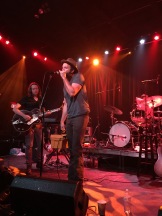 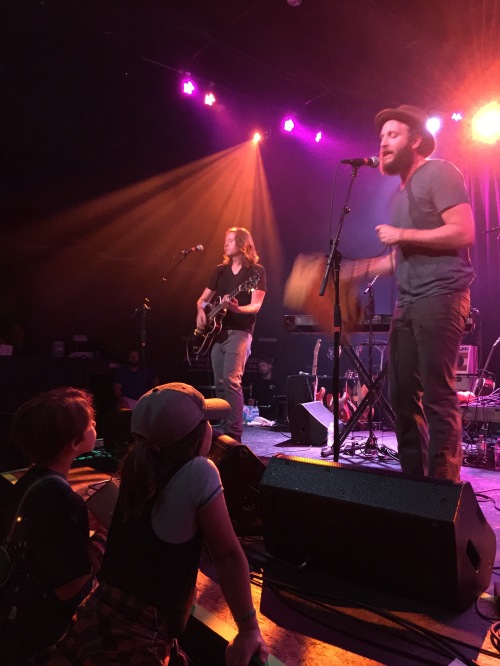 This is Grace and a friend. They were right here all night and it was super cute.

The band came back for two more songs–“Asked You Twice,” which was a sing along, and we danced the last minutes of the night away to “One Dance Left,” which Tim told us was about feeling free of worry, which doesn’t happen that much. It was a good place to leave it.

Check this band out. They’re using their art to do some powerful things, and it matters. 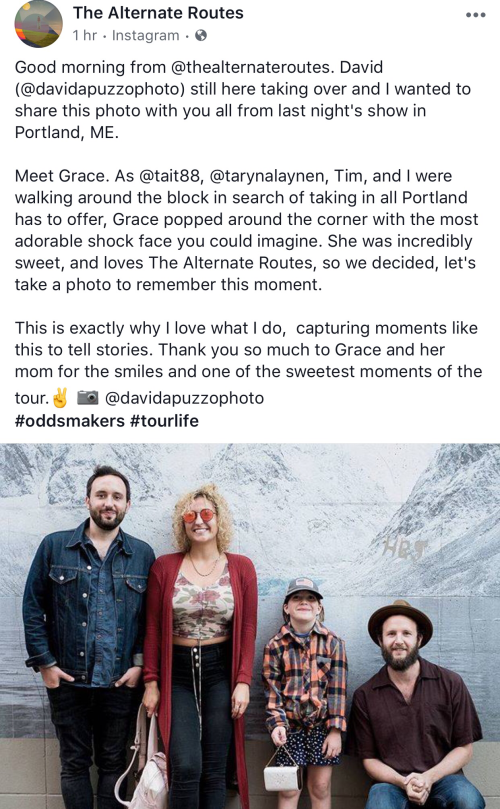