I needed this show to go well more than I’d realized. I’ve seen many of my favorite musicians play in the last couple of years to crowds that were rudely on their phones or talking the whole show. It’s gotten disheartening, but this show was different, and helped restore my faith in audiences a little bit. Last night’s crowd was small (it was a Monday, after all), attentive, polite, and clearly appreciated being there. A special thanks to my fellow show-goers for making this such a great night!

I saw Philadelphia’s Keith [Good]win, Tim Arn[old], and Dan Sch[war]tz of Good Old War for the first time opening for my beloved Brandi Carlile at Hampton Beach Casino Ballroom back in 2010, but I’ve known their music for the whole decade they’ve been together. You know a band is great when they open the show for someone you really love, but you’re not in a hurry for them to get off stage. I’ve seen them a handful of times in person, and they are always great. I last saw them open for Josh Ritter at State Theatre in October 2017, and before that at Port City Music Hallin September of 2015. I was so glad to see they were coming back to town just six months after their last stop in Portland.

I checked out show opener, Juke Ross, online before heading down to Portland, and was eager to see him in person after watching this video of a gorgeous live performance of his song, “Colour Me.”Juke is a young singer-songwriter from Guyana, South America, which is on the Caribbean. Doors opened at Port City Music Hall an hour earlier than normal last night, and Juke Ross took the stage a few minutes after 7. There may have been 20 people in the room when he took the stage, but he decided to engage us even though we were such a small crowd, and I commend him for that. His voice is unique and lovely. He told us a little bit of the backstory behind most of his simple songs, and he shined on his cover of Van Morrison’s “Crazy Love.” I had a photo pass for the show last night from Good Old War, and I’d meant to take a few shots of Juke, but his songs were so delicate and the crowd was so attentive, that I decided my shutter would be a distraction. It’s really rare to have people at a show be so quiet and focused on the performer that taking a picture would be disruptive. I was psyched that was the case, for a change! 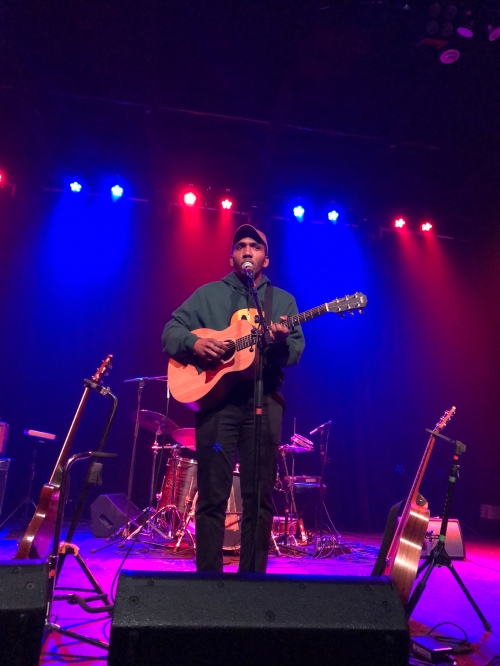 I was pretty excited that this was an early show, and that Good Old War was on stage by 8pm. They played for a solid two hours, which was such a treat. They opened with “Coney Island,” and then told us that to celebrate their 10 year band anniversary, they’d play their first album, Only Way to Be Alone, from start to finish for us. The crowd had grown by then, and people around me seemed pretty excited to hear that announcement. Keith introduced “We’ve Come A Long Way” by telling us that he and his wife had dated and broken up in 8th grade, but that they got back together about a decade ago as Good Old War formed. 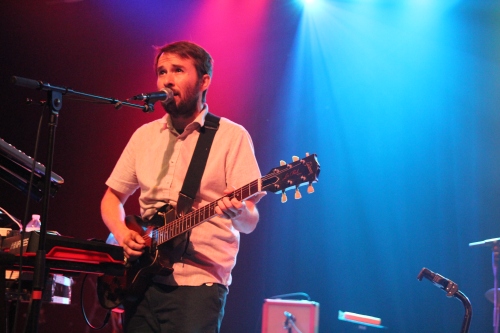 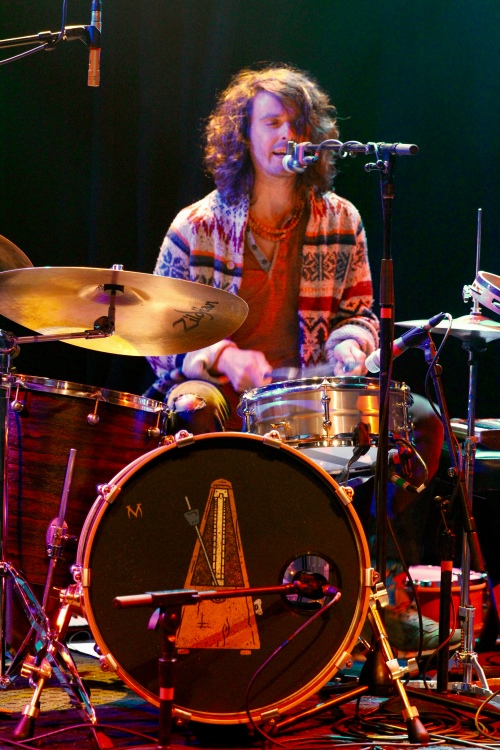 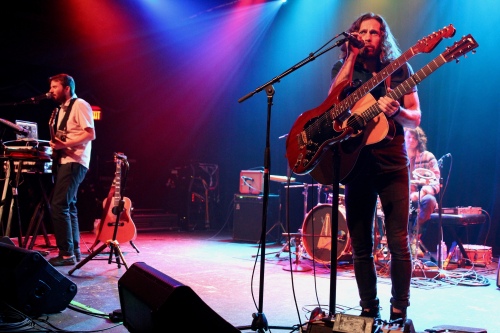 After they finished playing Only Way to Be Alone, GOW took and played many, many audience requests, including “Amazing Eyes,” “My Own Sinking Ship,” and the song Keith said is his favorite to play live, “Woody’s Hood Boogie Woogie.” Keith remembered that they usually unplug and play part of their set from the floor at Port City Music Hall shows (which is just awesome), and asked us “should we play the rest of the songs down there?” We agreed enthusiastically, so the crowd parted for Keith, Tim, and Dan and the maybe 80-100 of us there encircled them for the rest of the night. Dan played guitar, and we all sang the last ten songs of the night together, which I thought was lovely and special. Also, the people around me had nice voices! Bonus! 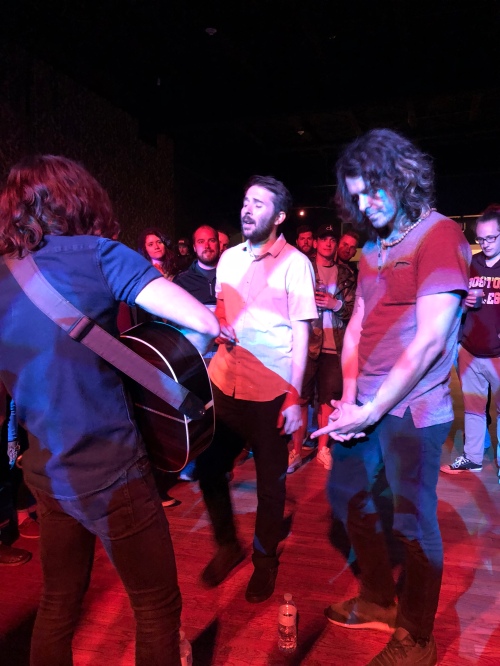 They started with “Loud Love,” which is one of my favorites. There was a kiddo named Clover who requested “Never Gonna See Me Cry,” so they played that for her even though they hadn’t practiced it and weren’t confident they knew the words (they didn’t, but figured it out). I was really happy to hear “I Should Go” and “That’s Some Dream.” They played “Here Are The Problems” as a request even though they weren’t sure they’d remember it, either. After a couple of songs they didn’t remember well, Keith wanted to play some newer songs they knew better and so they played “In a Heartbeat” and “That Feeling” from their 2018 EP, Part of You.

Keith told us that he loves Portland and even brought his family on vacation to Maine. He said “I took a boat cruise for an hour and a half and you have Eventide and Fore Street! This place is the best!” Mainers tend to agree that this is a pretty special place, so I appreciated the compliment. GOW wrapped their delightful unplugged set with “Calling Me Names,” a “Happy Birthday” song that we all sang for Tanner, who turned 28 yesterday, and “Not Quite Happiness.” They thanked us for being a great audience and told us they’d be back soon. I sure hope so. They are such a pleasure to see live, every single time. I’m always a little surprised that this band isn’t more famous than they are. They deserve the recognition, for sure. Thanks for a really lovely night, y’all!